Context: Luxembourg has been PCR testing its resident population at much higher rate than most European countires and by end of Nov. 2020, has tested 80% of residents at least once. Together with the breakdown of cases from different sources, it offers an unique opportunity to estimate the number of asymptomatic cases compared to symptomatic cases in Luxembourg population.

Assumptions: Luxembourg started sharing the number of daily PCR tests done on its residents from four sources, namely, (a) Large scale testing (LST), (b) airport vouchers, (c) prescription from doctors and (d) via contact tracing. Of these 4 sets of data, LST is a random parameter by which government invites its residents to get tested for free and sends out certain amount of invitations every week. In contrast, PCR tests performed following a prescription from doctors is a targetted dataset as doctors normally issue such test when the symptoms are suspected to match with a SARS-CoV-2 infection. So, we look closely to only these two sets of data, as the former being assumed to be qualifying as ‘mostly asymptomatic’ and the later being as ‘symptomatic cases’. Please note that we do assume that a small percentage of tests in either set cannot be exactly treated as ‘asymptomatic’ or ‘symptomatic’, but it is probably a very small percentage and does not affect our final observations.

Data: We considered daily data (PDF) from August till November 2020 for which both LST and prescription data is available for the same date, and then for statistical reasons, only considered the dates for which at least 1,000 tests were done for both the parameters to remove any bais from smaller test-numbers on weekends or for other reasons. Next we plotted these remaining data (67 days in total) as number of PCR tests versus the number of PCR that turned positive. We also show a ‘trendline’ (linear regression) for visualization purposes.

this chart is ‘zoomable’ by clicking-and-dragging an area to visualize overlapping data points.

OPINION: If the above assumptions and observations are close to the reality, it would be highly recommended to continue the LST as a preventive measure to identify cases as early as possible. In other words, although over 80% of resident population has been tested at least once, and only 5.6% have been identified as a SARS-CoV-2 positive, of which nearly 75% (or 4.2% of population) has already recovered, the remaining 94.4% population is still vulnerable for an infection in future (until a population wide vaccination is completed). It may also be worth mentioning that from a policy makers point of view, since a majority of residents are already tested and might curtail the LST once the daily cases drop, it may be prudent to account for up to 10 times of asymptomatic cases compared to ‘prescription’ based symptomatic cases for optimal resource management and expected scenarios. 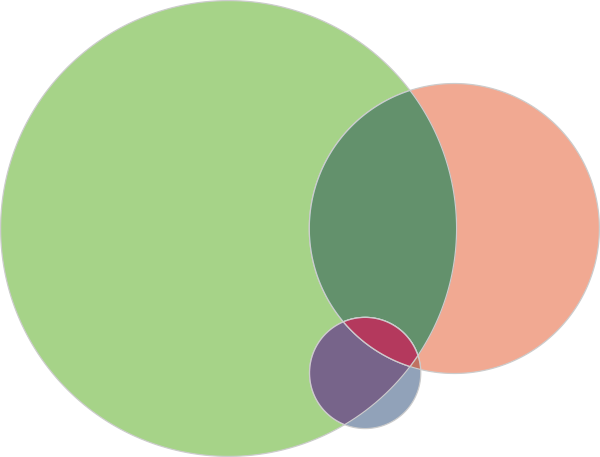 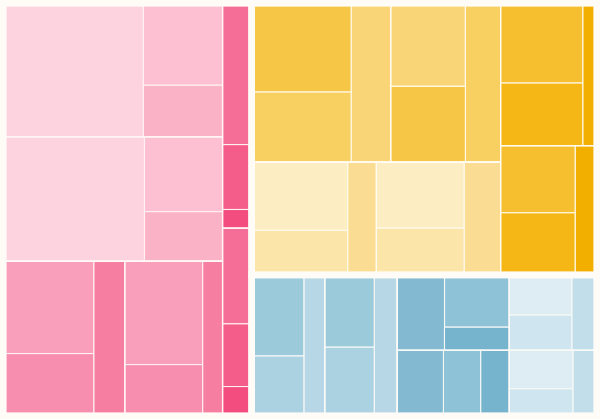 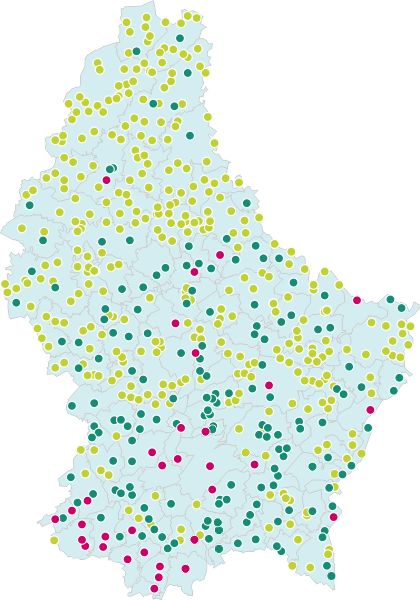 Cities, Towns and Villages in Luxembourg