Luxembourg is not only remarkable in terms of having about 47.4% of it’s resident population of foreign nationality but also it’s domestic employment sector having over 45% of its total 444,300 payroll employment workforce living outside its territory!

Of these nearly 204,000 cross-border employment (rounded off to nearest 100, employment status as of first Quarter of 2020), about 199,800 resided in the neighbouring countries, Belgium, France and Germany. It may be therefore interesting to look where and how far from the Luxembourg border do these employees reside.

Data: The residence status for salaried employees working in Luxembourg as of end of Q1-2020 is collected from data.public.lu and assorted according to the the commune/ gemeinde level for Belgium, France and Germany.

Note: A dynamic map was very data-intensive in terms of the high resolution needed to show nearly 2,000 communes and regions, and hence replaced with a static image for technical reasons. All national and international borders shown below are for representation only and does not guarantee territorial accuracy. suggestion: please switch to ‘landscape view’ for a ‘bigger’ image on smartphones and mobile devices.

Observation: As expected, the adjoining communes/ gemeinde show the highest concentration of the cross-border workers, with Trier (DE) on top of the list with 8,320 employees, followed by Thionville (FR) with 7,980 employees and Arlon (BE) with 7,420 employees (rounded off to nearest 10, employment status as of first Quarter of 2020). The cities Arlon, Bastogne (BE), Trier and Thionville are highlighted for relative distances are within 50 km of the Luxembourg border (shown in green). Metz (FR) and Saarbruken (DE) are also highlighted are within 100 km from Luxembourg border (shown in blue).

Below we look at a larger region to have an overview of how further are the employees from Luxembourg.

From above, it is interesting to note that cities (regions) as far as Namur (BE), Antwerp (BE) and Paris (FR), which are over 100 km away from the Luxembourg border (shown in dark-magenta) has 180, 140 and 180 employees working in Luxembourg, respectively.

For a global overview, next we looked as even larger region below.

From above, it seems that some employees are as far and wide as residing in Berlin (DE) and Munich (DE).

It may be interesting to mention that an additional 5,200 individuals were also employed in temporary jobs in Luxembourg and are living in Belgium, France of Germany but not considered in the maps above.

In the latest survey data available (for 2018) for cross border cummuters, it was noted that the majority (85.6%) of the daily commuters traveled by car or private vehicle compared to 72.8% of the resident commuters, despite substantial efforts by the Luxembourg government to improve / promote (cross-border) public transport network. Below is the breakdown of commuters from neighbouring countries along with the average duration of commute (one way, in minutes), showing that on average cross-border workers spent up to 2 hrs in daily commute in 2018. 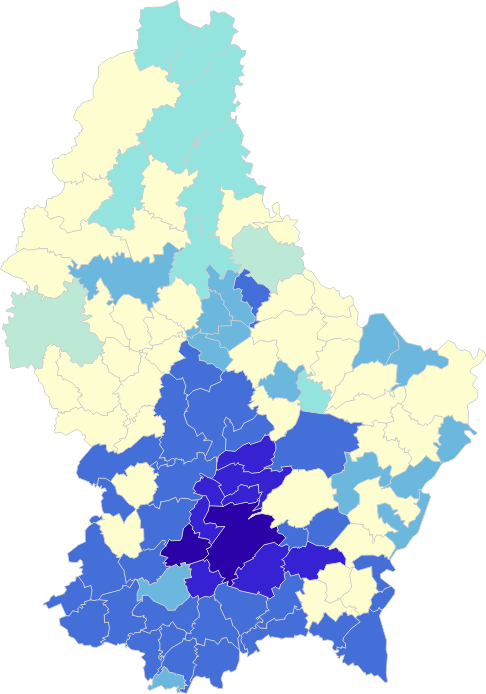 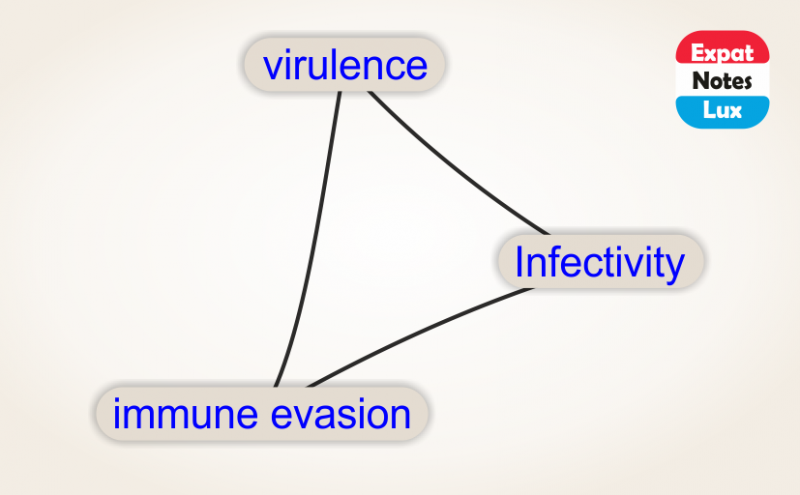 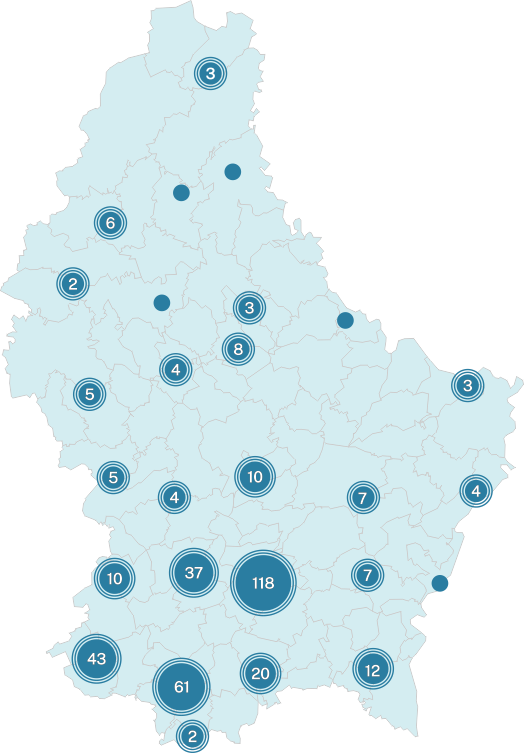 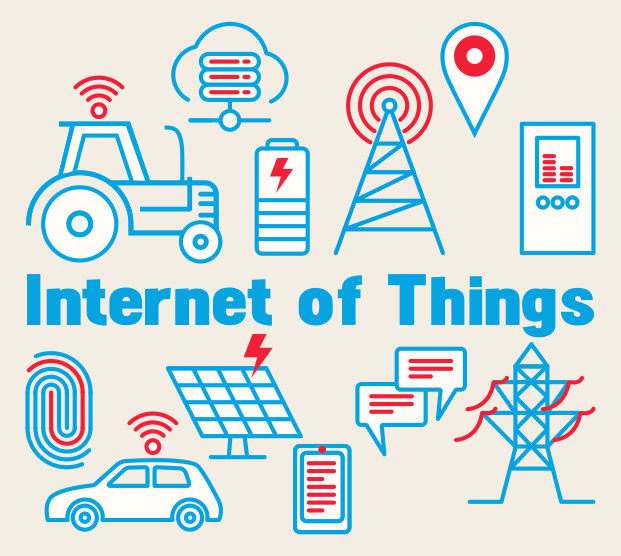